We are delighted to announce that Ashinaga has received the Gold Standard Internship Host Award from the University of Oxford.

This award recognises internships deemed to be of high quality by Oxford, a university in the UK consistently ranked as the world’s top university. We are honoured that the Ashinaga Internship Program has consistently received outstanding feedback from former interns. Ashinaga has hosted a number of talented students from Oxford; in fact, the Ashinaga Internship Program originally began in 2013 with ten interns, two of which were from Oxford. Since those humble beginnings, over 500 interns have joined our Internship Programs in Japan, Uganda and Senegal.

“Our partnership with Ashinaga has offered an important and substantive addition to our range of internships at the University of Oxford. […] The Internship Office greatly values this relationship and looks forward to working with Ashinaga in years to come”.

Dr Fiona Whitehouse, the Head of the Internship Office at Oxford.

We have collaborated with the University of Oxford extensively and see this award as a recognition of the longstanding relationship our institutions have fostered. In addition to hosting interns, Ashinaga has also given talks at Oxford for students to attend. For example, Ashinaga’s President and Founder, Yoshiomi Tamai, has given several talks at Oxford which introduced Ashinaga’s activities to students as a part of our international outreach efforts. One of his talks in 2017, in which he talked about Ashinaga’s mission and history, directly encouraged many Oxford students to apply for an internship with us.

“I gave my first talk in Oxford in 2013,” said President Tamai. “I introduced the Ashinaga Africa Initiative programme, and even though I spoke no English, dozens of people came to the event, asked questions and wanted to get involved. That is where the internship program took off from – it truly was destiny”. 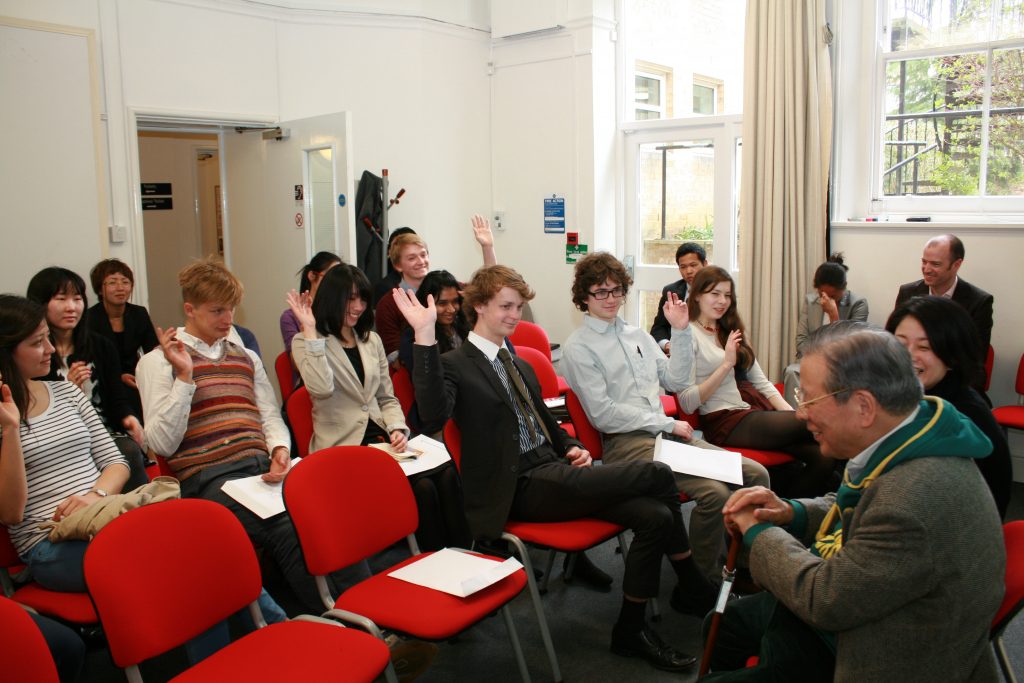 The hundreds of interns that have joined Ashinaga since the start of the Internship Program have contributed to our work both in our Japanese and our African offices. In Japan, Ashinaga welcomes interns to teams such as Marketing, Student Relations, and Translation. Interns also organise and take part in tsudoi summer camps, where they have the chance to meet and engage with the Japanese students supported by Ashinaga, and Ashinaga Africa Initiative Scholars studying in Japan. We pride ourselves on the meaningful work project our interns contribute to, and their efforts make our activities possible.

“Getting to know staff, students and other interns from such a variety of backgrounds was a highly rewarding opportunity and I thoroughly enjoyed learning about Japanese culture through this internship,”

In Uganda and Senegal, interns contribute to Study Camps and Preparation Camps, which help Ashinaga Africa Initiative Scholars prepare for studying at universities in Europe, the US, Japan, Brazil and Australia. They teach Scholars a wide variety of subjects and assist them with the university and visa application process.

Interns’ work over the years has been instrumental in expanding both our Ashinaga Africa Initiative programme and our work supporting orphaned students’ access to education in Japan. We are happy that many former interns from Oxford have stayed on to join Ashinaga as full-time employees. To date, we have five current staff members that went to Oxford.

We are proud of this accomplishment and would like to thank all our interns for the important work they have done for Ashinaga over the years. It is thanks to them that we have been able to receive the Gold Standard Internship Award from Oxford, and we are grateful to the university for this awarding us this distinction. We look forward to continuing building our relationship with Oxford and to welcoming talented students at our internship programmes in Japan, Uganda and Senegal.

Are you interested in an internship at Ashinaga? Read more about our Internship Program and how to apply.

AAI Graduate: A Journey of Resilience, Excellence, and Impact

Dr. Benjamin Bonsu on Leading the Satellite Industry in Africa from Japan

Ibegwam, currently a 2nd-year AAI Scholar studying at a University in Japan