In November 2018, Lacey Jacoby, a member of Ashinaga’s Student Relations Team, visited the three Ashinaga Africa Initiative (AAI) Scholars studying in Australia. Ashinaga’s Japan office oversees the progress and wellbeing of Scholars in both Japan and Australia. While there, the three Scholars, Abel, Lusako, and Prudencio, shared their university campuses, as well as the surrounding cities, with Lacey. Lacey learned about each of the Scholars’ plans for their Ashinaga Proposals and internships in Africa, two key components of the AAI. Lacey also met with university staff, ultimately working towards providing the best support for Ashinaga’s Scholars in Australia. All three Scholars are doing well in their respective programs and taking advantage of all that Australia has to offer.

Ashinaga began sending Scholars to Australian universities in 2016. Prior to beginning in Australia, all three Scholars attended Study Camp and Preparation Camp with the other Scholars in Uganda. They then began with a foundation year in Australia, during which they strengthened their core skills and knowledge, before enrolling in their undergraduate courses. Currently, three second-year Scholars, Lusako, Abel, and Prudencio, attend universities in Australia.

Lusako, from Tanzania, attends The University of New South Wales in Sydney, where she studies civil engineering. For her Ashinaga Proposal, Lusako is researching the implementation of open source software, such as Moodle, in Tanzanian universities. She hopes that implementing this type of software will reduce barriers to educational materials and enhance higher education. 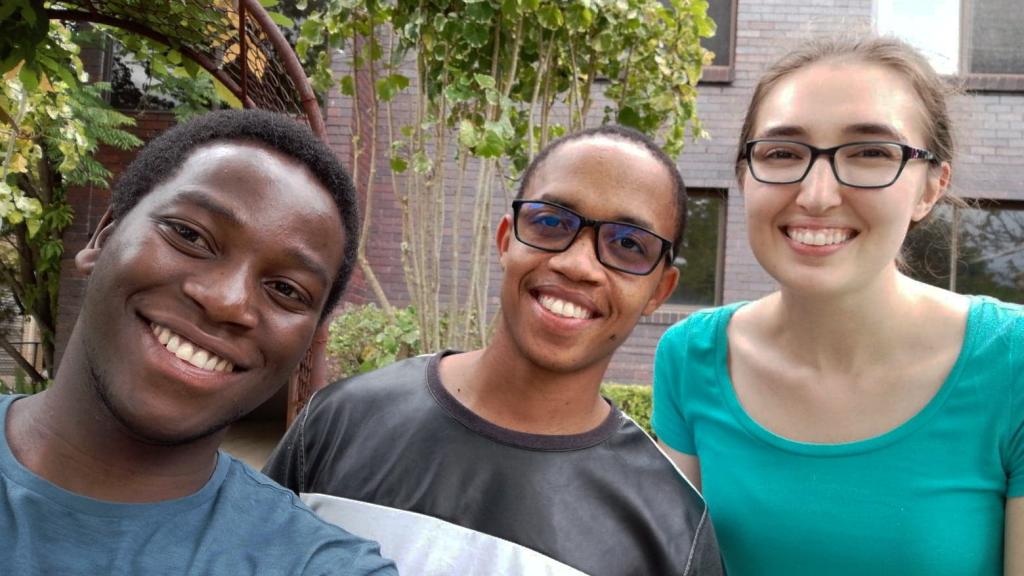 Abel and Prudencio come from Botswana and Mozambique, respectively. They both study at the University of Queensland in Brisbane, where Abel focuses on biomedical sciences and Prudencio studies mining engineering. Abel’s Ashinaga Proposal focuses on providing re-usable sanitary pads and sanitary cups, as well as education about menstruation and reproductive health, to young women in boarding schools in Botswana. In doing so, he hopes that fewer girls will miss school due to their periods. For Prudencio’s Ashinaga Proposal, he is studying the potential of improved irrigation in Mozambique to increase agricultural productivity. Ultimately, he believes this could support local farmers to transition from growing food only for their families to participating in commercial agriculture.

Studying in Australia provides unique opportunities for our Scholars. They currently attend two of the top universities in the world and have access to globally recognized faculty and research facilities. In the 2018 QS World University Rankings, both UNSW Sydney and UQ ranked among the top 50 universities in the world. In addition, they have taken advantage of many opportunities to participate in university extracurricular activities, pursue personal projects, and engage in the local communities.

In addition to benefitting from all that Australia has to offer, the Australia Scholars also maintain a meaningful connection with Japan. In summer 2018, they visited Japan for the first time to attend tsudoi. They met Ashinaga staff, reunited with other Ashinaga Scholars, refined and shared their Ashinaga Proposals, and learned about Japanese culture.

Ashinaga’s Africa Initiative aims to make the benefits of studying abroad accessible for all AAI Scholars. Lusako, Abel, and Prudencio have and will continue to use their diverse experiences in Uganda, Japan, and Australia to strengthen their skills and, ultimately, to become leaders in Sub-Saharan Africa.